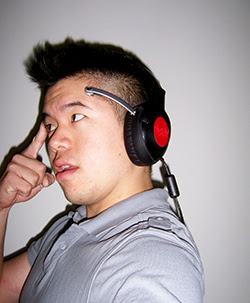 Wired reports in 'Direct Brain-to-Game Interface' how the consumer gaming world of 2008 will see several makers of brain-computer interfaces (BCIs) offload their new devices that allow a user to operate a computer by thought alone. This technology, they claim, is now ready to 'jump' from the medical sector into the commercial realm (something 'new-mobilities' has discussed previously:

Consumer BCIs use noninvasive electroencephalogram (EEG) sensors attached to the scalp to detect brain-wave patterns. The signals are amplified and digitized, so a computer can process the information. BCIs can allow game players to move around and manipulate objects within virtual game environments, using thought alone. They can also detect and monitor the brain-wave patterns associated with a person's emotional state and stress levels. The technology (both implanted and noninvasive versions) has been successfully tested in quadriplegics, helping patients move a cursor on a computer screen, turn switches on and off, and operate a wheelchair.

But when it's used for sheer entertainment, scientists worry that gamers will experience the effects of neurofeedback -- a technique used to heighten awareness and control of brain waves by providing a real-time graphic representation of the user's brain wave activity. Biofeedback works similarly, using physiological information such as blood pressure, skin temperature and heart rate.