It is being heralded as the first mass-market electric car from a major car maker. 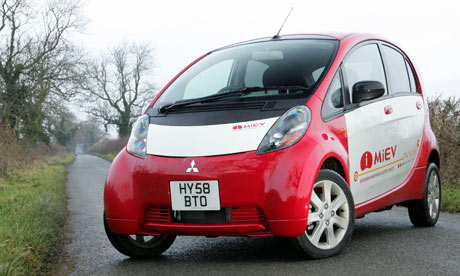 Mitsubishi has unveiled the first mass-market electric car from a mainstream car maker.

Slightly bigger than the Smart ForTwo but with a similar design, the i-MiEV — which goes on sale in the UK later this year — is based on the i, Mitsubishi's existing city car. With room for four adults, it has a top speed of 87mph and produces the equivalent of 57 horsepower. Its lithium-ion battery has a range of 100 miles and can be charged from flat to 80% in 20 minutes using Mitsubishi's bespoke high-powered charger; otherwise, a normal mains electricity socket will charge the battery from flat to full in six hours. Mitsubishi estimates that the car can travel 10,000 miles on £45 of electricity at current UK domestic prices.