The Guardian UK has a post on a new device that could transform mobile communications - a golf ball-sized mobile phone base station that can be deployed 'almost anywhere' in the world: 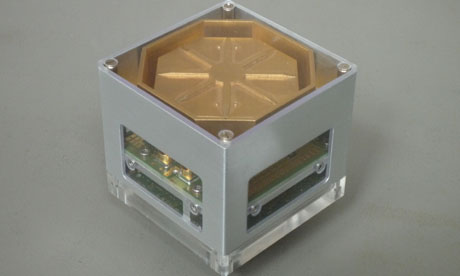 Mobile phone base stations no bigger than a golf ball could help to bridge the digital divide and bring mobile broadband to distant areas both in the developing and developed world, the networking company Alcatel-Lucent has claimed.

The company said on Monday that its new technology, which shrinks many of the functions of a standard base station down to a few chips which fit in a cube it calls "lightRadio", would mean that mobile networks could run their systems with lower power demands and half the cost overall, while broadening deployment. The "lightRadio" technology, which will be tested by a number of mobile operators around the world including Orange, Verizon in the US and the world's largest network, China Mobile, could halve network operating costs and do the same for power demands, said Wim Sweldens, head of the company's mobile business at a presentation in London.

The base stations – reduced from the bulky cabinet of past years to a system-on-a-chip integrated circuit made by semiconductor company Freescale – can be installed wherever there is electricity, and can then connect either over an internet connection or via microwave links to processing units elsewhere.